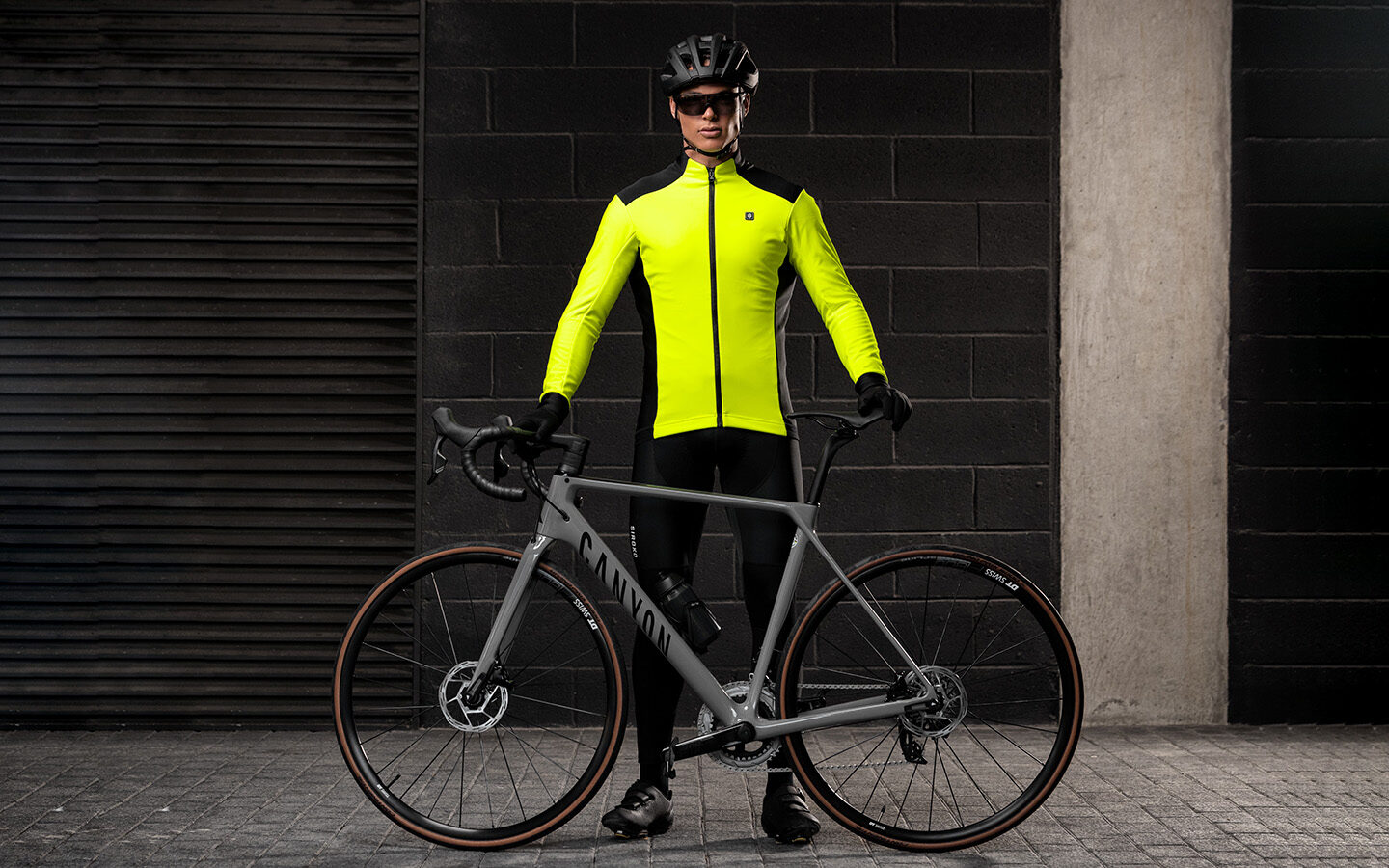 After our overview of the best budget high-end bikes, let’s take a look at the best mid-range bikes on the market priced between €3,000 and €5,000.

And once again, we’re beginning our list with Canyon because it offers great features and components at a good price both in high-end and mid-range endurance categories. The Endurace CF SL models equipped with Shimano Ultegra Di2 12v (photo above) and Sram Force eTap AXS (photo below) differ only in terms of the groupset and their weight (7.47 kg and 7.76 kg respectively).

Each model costs €4,799 and is equipped with power meter, Dt Swiss ERC 1400 Dicut wheels, and Fizik saddle; the rest are brand’s own components. If you are looking for a cheaper model you have two options: One for €3,999 with Shimano Ultegra Di2 without power meter and another one featuring Sram Rival eTap AXS with power meter for €3,499. Both with fairly heavy wheels that bring their weight to 8.16 kg and 8.52 kg respectively.

Right beneath the top-of-the-range model from the British brand, we have this beautiful and aerodynamic bike with the same frame as its big sister, but featuring different handlebars, brand’s own wheels and the Shimano Ultegra Di2 12v groupset without power meter. It weighs 8.5 kg and the price tag on this beauty is €4,646 (£3,832.50).

If you are looking for a less aero and more endurance model, the Ribble Endurance SL Disc – Pro is a great choice. Same groupset and handlebars as the previous one, brand’s own wheels with a lower rim depth and a price tag of £3,332.50 or €4,039.

The Adrenaline 00 model pictured above with a list price of €3,699 features Shimano Ultegra Di2 12v without power meter, FSA components, Selle Italia saddle and DT Swiss P1800 wheels. The 00 Plus version comes with higher-end Vision SC-40 Carbon wheels and has a list price of €4,299. Featuring a lower-end groupset (Sram Rival eTap AXS), but including a power meter there is the 10 plus model for €4,150 (Vision wheels) and the 10 model for €3,550 (DT Swiss P1800 wheels).

Slightly above the price range we mentioned at the beginning, there is the Adrenaline Aero 10 Plus (€5,099) that you can see in the photo above. It is equipped with Shimano Ultegra Di2 12v, DT Swiss ARC 1400 Carbon 50 wheels, FSA components and Selle Italia saddle. The 10 model, with a price tag of €3.999, features lower-end wheels, but the rest of the components are the same. The 30 Plus version for €4,399 (Vision SC-40 Carbon wheels) and the 30 model for €3,799 (DT Swiss P1800 Spline wheels) both offer Sram Rival eTap AXS groupset and a power meter.

German brand owned by the Bike-Discount store where you can buy this bike priced between €3,799 and €3,899 depending on where you purchase it from. Sram Force eTap AXS 12v groupset, Newmen carbon wheels, and Fizik saddle; the rest of the components are either brand’s own or Newmen’s.

The Litening is the aero model from Cube. The one you can see in the photo above is the C:68X Pro version. With a list price of €4,799, it is equipped with Sram eTap AXS without power meter, Newmen Advanced SL R.50 wheels and Cube components, and it weighs 7.9 kg. The C: 68X Race version is 300 grams lighter and 200 euros more expensive; it features Ultegra Di2 12v without power meter and Newmen SL R.50/65 wheels.

This Spanish brand is relatively new, but their bikes offer very competitive prices and components. The Raise model is their lightweight bike while the Pulse model is aero. Several models among all of their versions fall into the price range of this list. Raise 05 (pictured above) with Shimano Ultegra Di2 11v and Raise 07 with Sram Force eTap AXS. Both bikes with Vision Team 35 wheels.

In the picture above you can see the Pulse 07 with Sram Force eTap AXS and power meter. The 09 version features a lower-end groupset, Sram Rival eTap AXS also with power meter. The Pulse 05 model is equipped with Shimano Ultegra Di2 11v. All three models come with Vision Team 35 wheels.

Just like most of the models in this list, the Rose Four Disc is available with Shimano Ultegra Di2 groupset (in this case 11v) and Sram eTap Force AXS. All other components are the same and their list prices are €4,599 and €4,799 respectively.

Massi’s mid-range range models include both the Team and the Arrow, with Ultegra Di2 12v and a list price of €3,999 and €4,399 respectively. 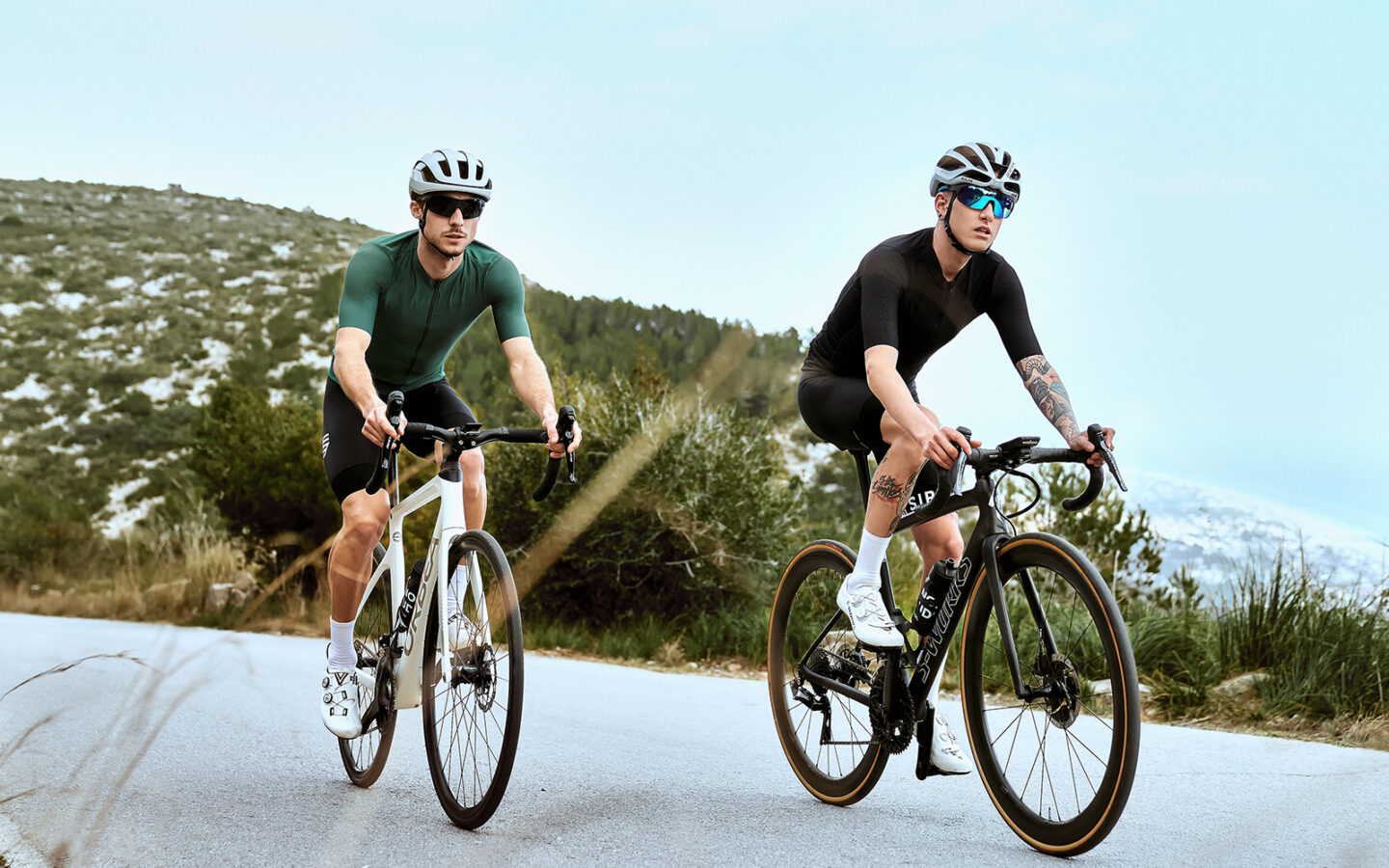