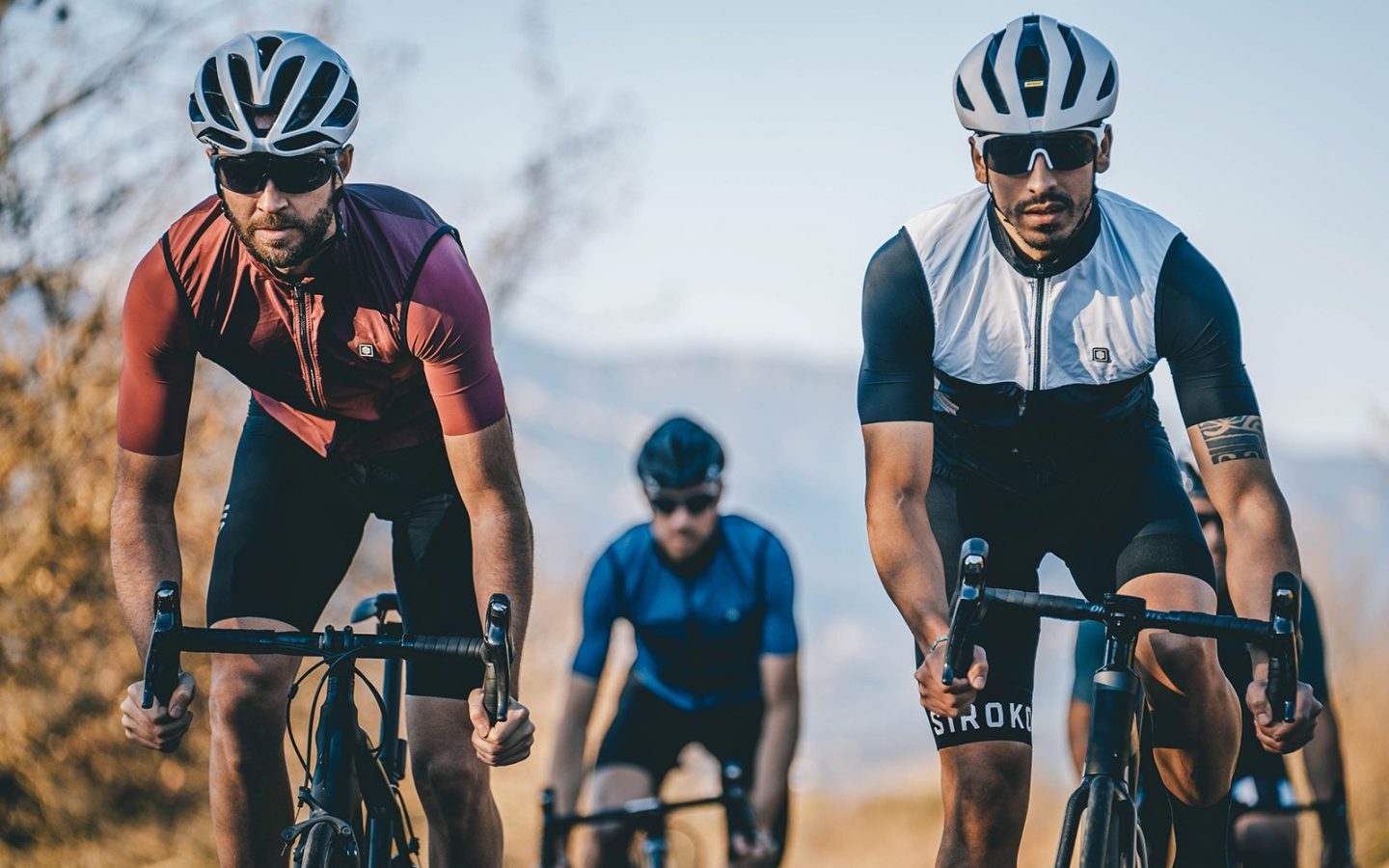 Cycling for beginners: How to ride in a group

Cycling in a group can be planned or accidental. In the first case it is organized in advance among friends, fellow cyclists or within cycling clubs. We are not going to talk about races or other cycling events as the conditions are usually different and before riding in a peloton you have to learn how to ride in a group. In the second case, the cyclist who is riding alone comes across a group and decides to join them.

The first thing is learning the “rules” in the group, provided they exist. The time in the lead, the rotations, the pace on the route, breaks for repairs or coffee, waiting at the top of the climbs to regroup… If you are new to the group and do not know anyone who can help you out, ask so you don’t mess up, or stay at the back of the bunch and watch how everything works.

Cycling groups come in all shapes and sizes. Friends who go out together to enjoy the ride and don’t set any rules. Clubs with plans and rules such as mandatory mudguards in case it rains. And then, there are cycling bunches where the lack of control goes so far that they become dangerous even for the most experienced cyclists.

The second scenario is you riding solo. Let’s imagine that you have never ridden in a group, you come across a bunch of cyclists on the road and you decide to get on the wheel and join them.

First of all, be polite and say hello. You should then ask the last cyclist in the group where they are going and if you can join them at the back. It is unlikely that they will say no, but exceptions happen. In that case, you can do one of two things: let them go, while you slow down a bit and try to understand the refusal, or overtake them as if you were saying: “no problem, it’s not like you’re going at my pace anyway”.

Chances are you will be able to join in at the back of the bunch to save some strength and see how a group works. Perhaps the last rider doesn’t have a partner, so you can keep each other company and talk. Remember: it’s your first time, try to stay focused. If you find it hard to chat and ride at the same time, it’s best to let the other person know. Your partner may feel the same way.

The most common practice is to ride two abreast and it is allowed by traffic rules as long as the road has enough space so as not to obstruct the traffic flow. If the road is narrow, the shoulder is not sufficient or there is a climb on which cyclists move much slower than other vehicles, you must ride single file to let cars, motorcycles, trucks and other cyclists pass.

Riding two abreast in a group forming perfect lines is tricky because bikes do not run on rails. However, we must try to hold the best possible formation for several reasons: to set an example, to avoid accidents within the group and with other vehicles, to learn to follow the wheel in front while maintaining an adequate safety distance and to allow overtaking. Common sense and respect are key when riding in a group.

Tips for riding in a group for beginners

At the beginning, it requires a lot of concentration because we have to pay attention to things that we don’t need to worry about when we ride alone (the wheel in front of us, the partner next to us, the signals made by group leaders, etc.).

If you feel that you are too tense, move to the back of the bunch and increase the safety distance until you gain more confidence.

Start by keeping a distance of one wheel between your front wheel and the rear wheel of the rider in front of you. You will gradually overcome your fear and develop a kind of cycling “sixth sense” over time.

Maintain a constant speed adapted to the group and the terrain. Do not accelerate or brake abruptly whether you are at the back, in the middle or in the lead of the group.

Be careful when approaching a climb, the logical thing to do is to slow down gradually from the front to the back of the group. Leave a little more room and anticipate possible pile-ups.

During your first group rides, we recommend keeping your hands on the hoods with your fingers on or near the brake levers to be able to brake quickly. You can also hold onto the drops of your handlebars in a more aerodynamic position. These two areas are the safest.

Riding with your hands in the middle of the handlebars or on its edges, away from the brake levers, takes confidence and trust in yourself and in the rest of group riders. It’s a matter of experience.

It is essential to communicate what is happening or what is about to happen. Group ride leaders should use hand signals, indicating and calling out the location of potential and real hazards.

The signal should be repeated and passed down the line of riders, especially if it’s a large group.

Warning must be given for different road perils and situations (dangerous curves or crossings, potholes in the road, train or streetcar tracks, oil spills, etc.), as well for obstacles such as parked cars, people or animals on the road; and let’s not forget to indicate our movements and intentions i.e. when we are going to get out of the saddle, blow our nose or spit.

What not to do when riding in a group

Never go half-wheeling (keeping slightly ahead of the rider next to you). Always ride two abreast, side by side at the same level.

Avoid surging (over-accelerating) when rotating the lead as it may cause the rider behind to drop the wheel and break up the line formation.

Avoid overlapping wheels (when the front wheel of one rider is close to and beside the back wheel of another rider). Any lateral movement can cause friction between the two wheels and the rider behind is most likely to go down as a result. This situation is known in cycling jargon as “touching wheels”.

Don’t constantly look at your front wheel or the rear wheel of the cyclist in front of you because you won’t be able to see the road hazards or signs given by your fellow riders.

Don’t spit or blow your nose as if you were going solo. Move to the side and make a sign to warn the rest of the group.

Ways to ride in a group and rotate leads

Single Paceline. Rotation times can range from a few seconds to several minutes. Turns are done when the lead rider pulls off to the side, slows down (but keeps pedaling so as not to do it abruptly and avoid dropping the pace), and drifts to the back of the line to catch up with the last rider. The rider who was behind the leader takes his pull at the front, maintaining a constant pace according to the terrain. If the pace is to increase, it should be done gradually.

The third way to ride in a bunch in an organized way is Rotating Paceline making turns every few minutes or even seconds. This is the best way to go very fast with minimum effort, as the formation consists of two lines: one for the cyclists going up at a higher speed and the other for the cyclists going down at a lower speed. To do the turns, the lead rider moves a little to one side and slows down slightly, the rider behind moves to the front, repeats the steps, and the process continues. When the rider reaches the end of the group, he/she moves to the back to enter the rotation again.