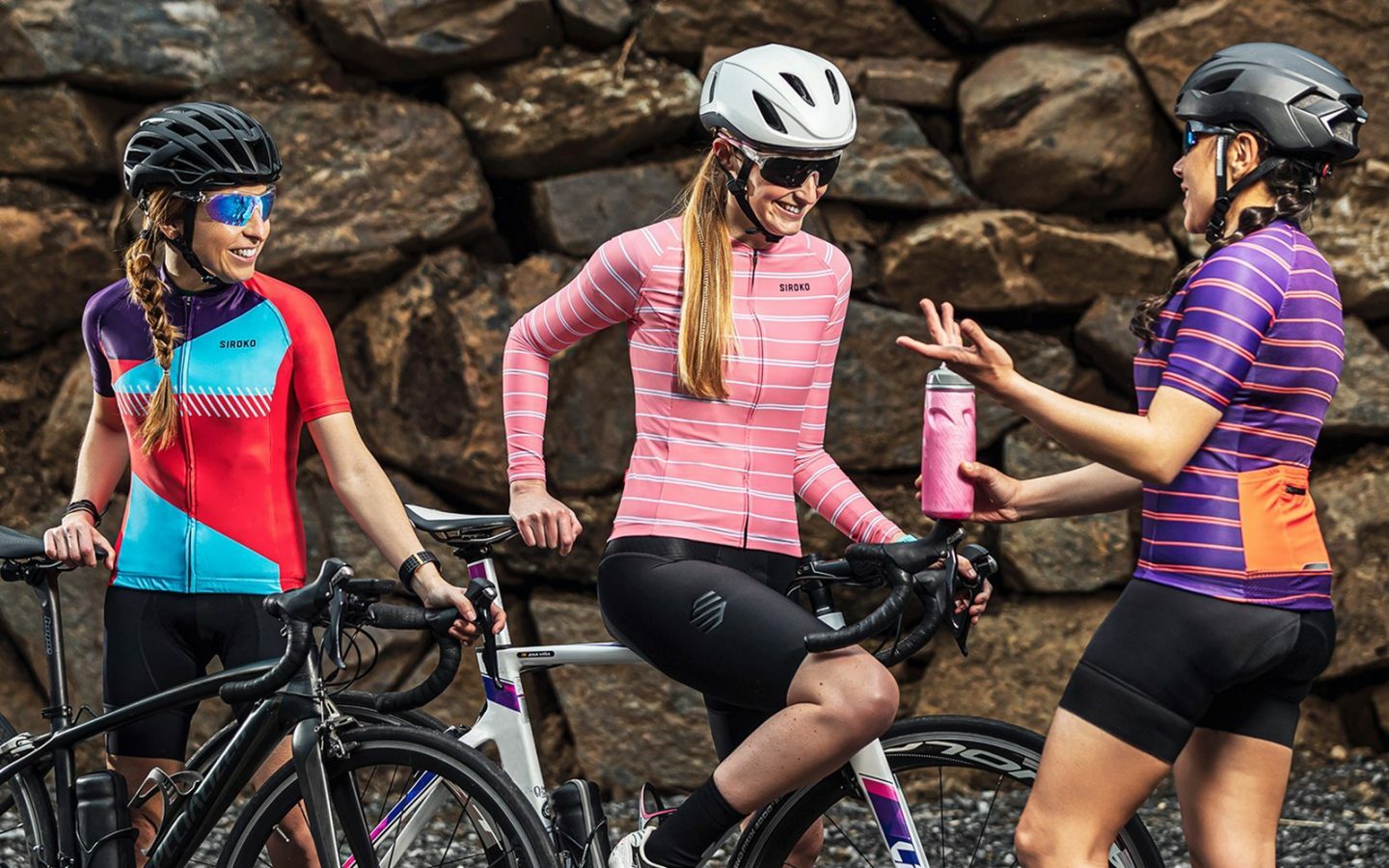 Female cyclists and women who use bicycles as a means of transport fight to be taken into account in building the future, to break down social and cultural barriers, and also to be seen as equal to men. These are just 4 of the many battles women are fighting:

How many times have you heard that a female victim of a rape or murder “shouldn’t have walked home alone so late”. Victim blaming shows a total lack of empathy and complete disregard for the dangers women are faced with on a daily basis. Yes, on a daily basis indeed, as every single day women have to make decisions regarding their safety that a man rarely has to make.

Walking alone on the street, having to use public transport or a cab…it all carries dangers. So does using a bicycle to get around, but at least it is a means of transport that reduces part of this vulnerability and gives women almost complete control over the route, the speed and the timing of its use. We’re saying “almost” because without proper infrastructure, women will not only be less likely to use bicycles, but may also be exposed to other dangers. Switching from street harassment to the constant fear of being hit by a car is not a solution.

That is why it is important to invest in bicycle infrastructure. We must plan and invest in a network of bike lanes connecting not only the city’s entrance and exit for better commuting, but also leisure and residential areas.

The less bike-friendly the city, the less women, children and the elderly will use bikes to move around it. That’s why we can all profit from an infrastructure designed with a feminist approach in mind, with bike lanes separated from traffic and well lit so that they can be used at any time, or easily-accessible and monitored bike racks close to other means of transport and leisure areas, where we can safely leave our bikes.

The plain fact is that where there is investment in cycling, for instance in Denmark, there are more women than men using bicycles.

Debunking the myth of the weaker sex

It could be concluded from the previous point that women are less likely to use the bike in the city because they are not as strong or “tough” as men and are easily intimidated. This belief has been ingrained in our culture for many years and even though we are gradually debunking it, we still hear patronizing statements filled with sexism, patriarchal ideas, inequality and condescension.

There is no doubt that women are physically different from men and that hormones (among other things) play a major role in the amount of strength women have, but that doesn’t mean they are not tough, resilient and brave.

For starters, a woman gets her period every month, is capable of carrying a child in her womb for 9 months and give birth. All this while she keeps on working as much or more than a man. If you think this is not enough, let’s go back to the Danish case for a moment. In this European country the winters are far from warm. Cold, snow and bad weather are common on Danish bike paths and even so most Denmark’s cyclists are women. Now, let’s look at the city of Minneapolis, which, along with St. Paul, forms the Twin Cities. The average annual temperature is 7.4 ºC, the coldest of all metropolitan areas in the country. Although the ratio of women cycling in the city is nowhere near as impressive as in Denmark, it is the highest in the whole United States.

Women have shown their strength and endurance in cycling more than once. There are many girls who finish cycling races ahead of many boys, and in cycling (as in almost any sport), no matter how much of a man you are, if you don’t practice, you have no advantage over anyone. Not to mention the mental strength, the ability to overcome obstacles and fight. Simply put, girls are equally as good and strong as boys.

Developing your own identity

The female identity established by patriarchy defines what is feminine and what is not. One of the biggest hurdles for women who enjoy or practice cycling is the belief that it is not a sport for girls, that it is too dangerous or inappropriate. You have certainly heard it more than once and you know stories of girls and boys who quit their dreams due to social and cultural pressure. Luckily, more and more steps are being taken to demystify the concept of certain sports as only masculine or only feminine.

Progress is being made but there is still a long way to go. In countries like the Netherlands, where women ride bikes at least as much as men, we would expect a similar proportion of men and women in pro cycling but instead “only” 9% of women take part in cycling races compared to 16% of men. Yet Dutch female cyclists have dominated professional cycling and this brings us to the following battle.

Unequal career opportunities mean that women cyclists do not have the same access to pro racing as men. It is true that steps have been taken and progress is being made all the time to ensure that all major events have both male and female races. For instance, this year women will be competing on the cobblestones of Paris-Roubaix for the first time in history, however, we still do not have a women’s Tour de France or Vuelta a España. As a result, there continues to be a difference in the number and the importance of the races that women can compete in. This directly affects lower categories and creates a vicious circle: as there are no races, there are no young female talents, and as there are no women cyclists, there are no races. There is still a lot to be done, starting at the grassroots, through sponsorship and the involvement of competition organizers all the way to the media coverage.

Progress has been made in terms of salaries in elite women’s cycling, but the pay gap is still around 40%. The UCI set the minimum salary for WorldTour female teams at €20,000 per year in 2021. And by 2023 that salary will have reached €32,100. You may think that’s not that bad, a decent salary and growing, but €32,100 is the minimum salary of a male rider in a Pro Continental team, the 2nd division of professional cycling. Fortunately there are teams, such as Trek-Segafredo and Bike Exchange, that have gone further than the UCI and matched the minimum salary of women’s WorldTour team to that of men’s at €40,000.

The gap becomes enormous if we compare the top-paid cyclists in the world: Chris Froome has a salary of around 5.5 million euros and Annemiek van Vleuten earns 125,000 euros. If we go down a level and compare the women’s and men’s teams in lower divisions we find that in the women’s teams there is no minimum salary while in the men’s teams there is. This simply means that many of over 600 women on 52 teams in the second division of women’s cycling are riding for free, for the sheer love of the game and passion for cycling. Who’s the tough one now? The Cyclists’ Alliance recently released a survey warning that the number of women who were not paid at all had increased by 8% in 2020 and 43% of female riders had had to pay their teams back the costs of equipment, mechanical services, medical and travel expenses.

There is clearly still a long way to go, but if we all -men and women- join in and support all of these (and many other) women’s fights, the road to equality will not be a race with so many hurdles. Let’s fight and pedal! 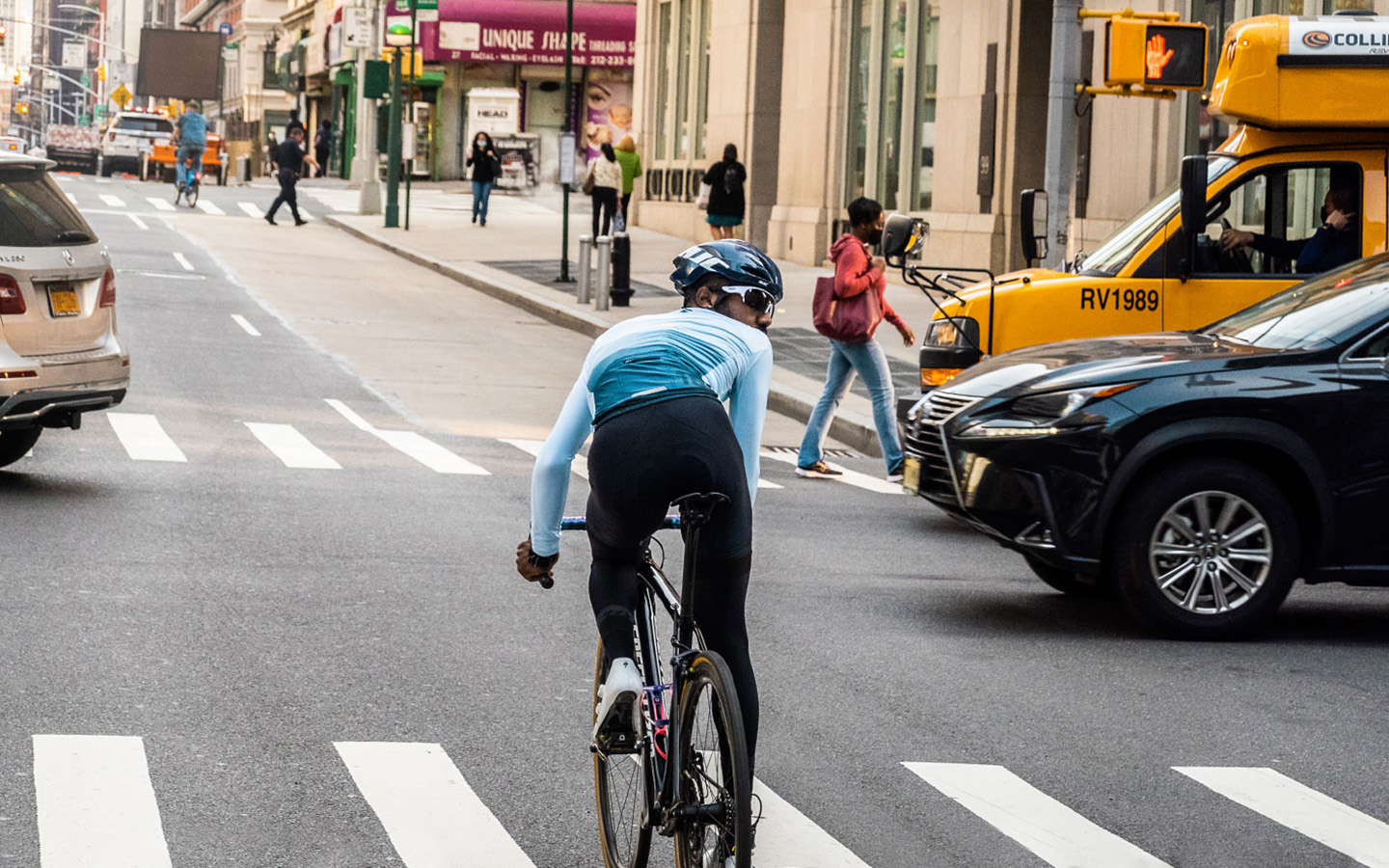 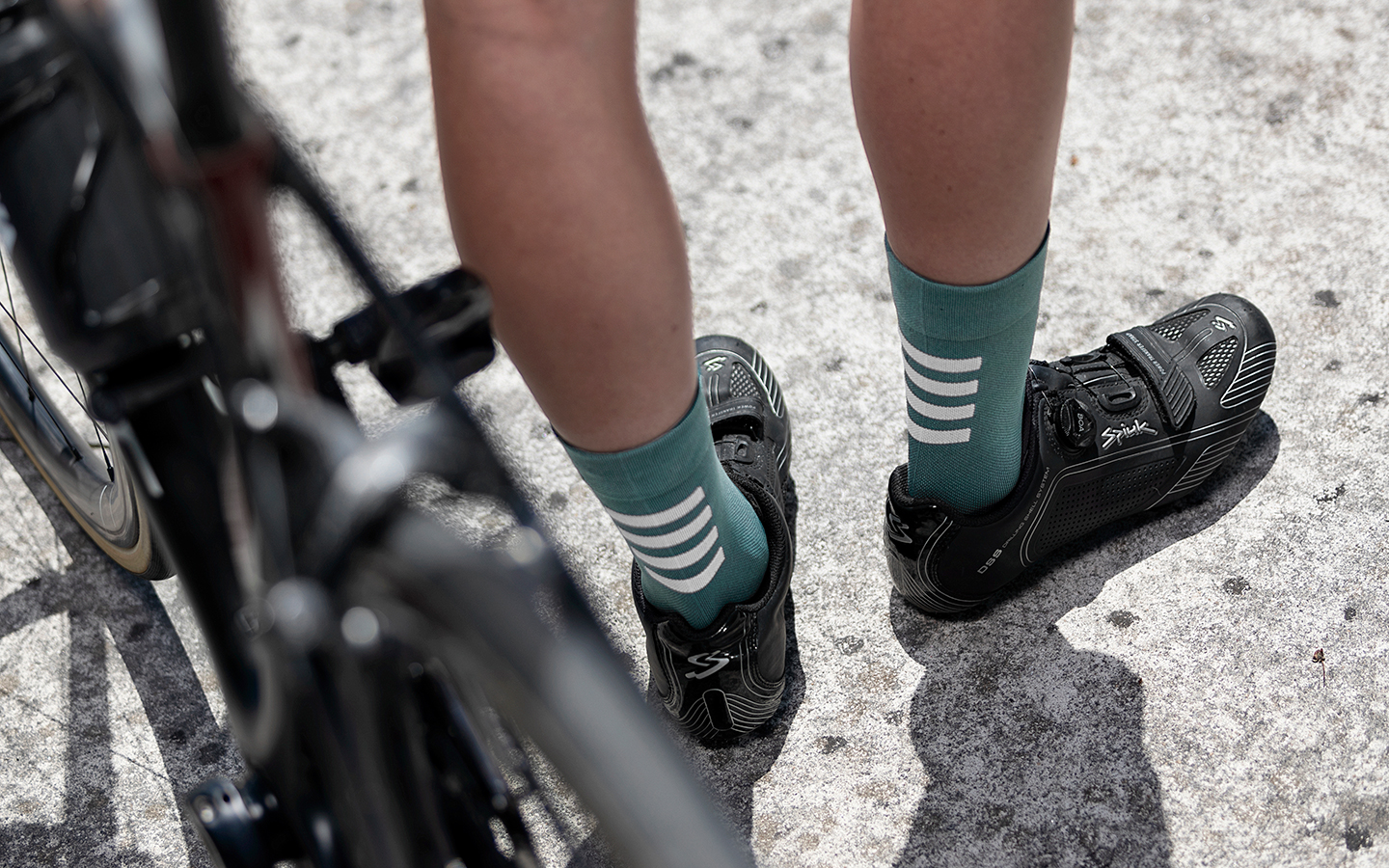 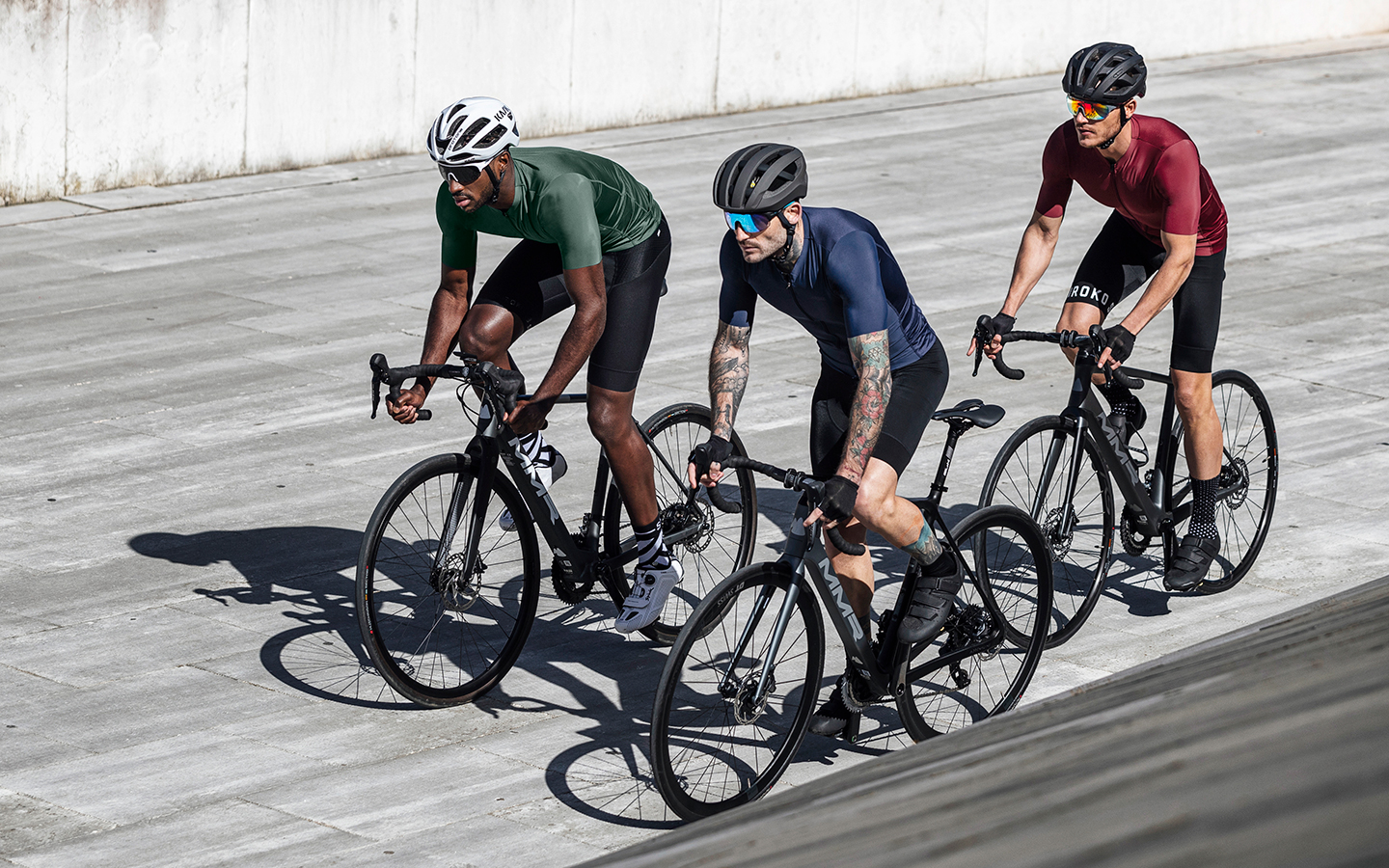 6 causes of aches and pains while riding a bike